open and close doors : get in the mechanism and use Left & Right arrows

get out the mechanism : Up arrow

climb the wall : use Up & Down arrows

This is a really great game. the idea is brilliant

Thank you so much :D

* I felt that the gameplay was unique. I have never played any game like this before.

* The visuals were pretty good. I liked the color coding and felt it aided with the gameplay. I also felt the black dots on the red surfaces were oddly satisfying. However, I noticed an issue with the shading of lightness and darkness on the objects. As the objects rotate, areas which should be darker in color remain very light in color while areas which should be lighter in color remain very dark.

* The music was pretty good. I liked how soothing it sounded and felt it fit the mood of the game.

*I liked the gameplay. It was pretty simple but I felt it fit the calming mood. I found the last level to have some elements that I did not have to use to finish the game.

*This game did not use the theme Clockwork.

If you liked my constructive criticism, please feel free to rate my game:

Thank you for your feedback! I'm glad that you liked the game. Yeah, I feel that I didn't really used the theme. And I noticed the unused part of the last level too late xD

Well refined gameplay!
It could use more variety in terms of things to overcome to reach the exit but it's really nice! Congrats!

Thank you, I thought on a lots more potentials ideas that could be fun with this concept.

Thank you, I'll work on that little addition!

Fun concept! The music goes well with the pixel graphics

Thank you! Yeah, I saw this problem, i don't know why, but I'll fix that for future projects

really cool game, I like the game mechanics and concep! 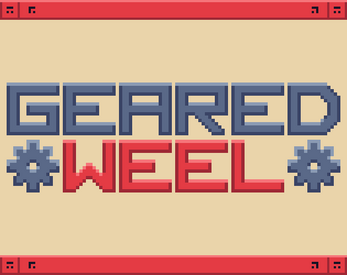 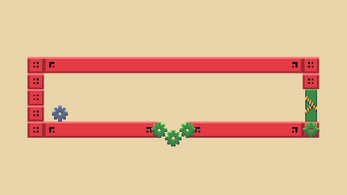 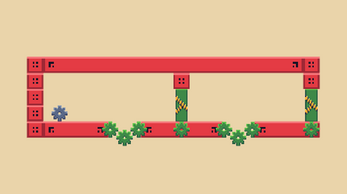 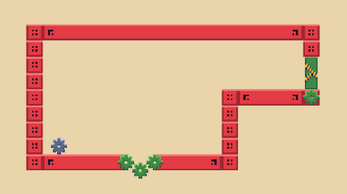